About Your Sinus & Nasal Passages 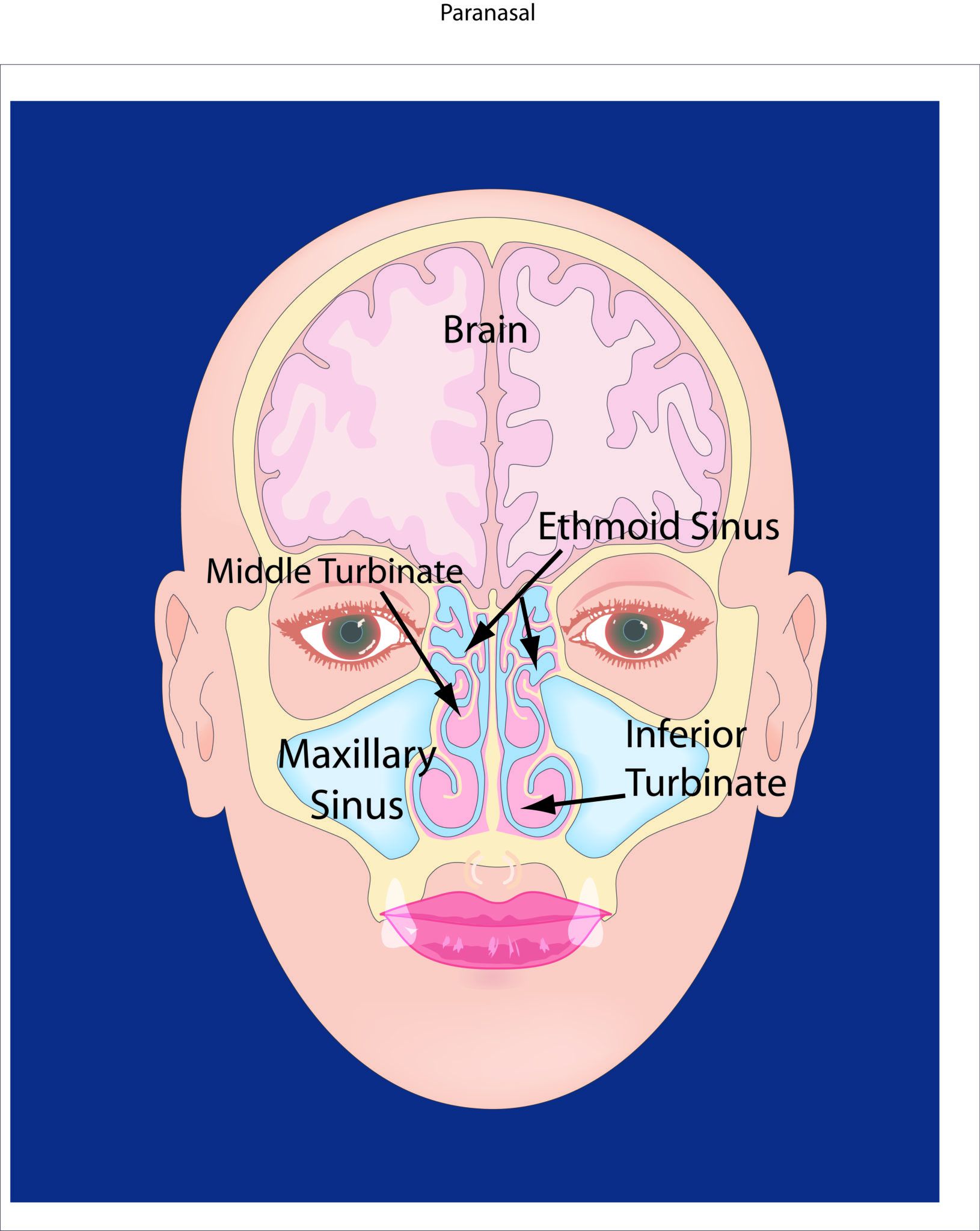 The nose, nasal passages and the paranasal sinuses are important structures with many functions associated with comfort of breathing, protection from foreign substance, and sense of smell. The nose and nasal cavity are divided into two sides by a midline wall, called the septum. The septum is composed of bone and cartilage that is covered by a mucus producing membrane called the mucosa. Each nostrils open into a nasal passage has the septum towards the center and has side wall boney projections called turbinates. Varying sized air containing chambers some of which resemble a honeycomb are situated behind the bones of the face are called the paranasal sinuses. These sinuses drain into the nasal passages. The roof of the paranasal sinuses is adjacent to skull base and their side walls are next to orbits (where the eyes reside). Five pairs of sinuses and three pairs of turbinates are typically present.

The five pairs of sinuses are named the:

The paranasal sinuses connect with the nasal cavity via narrow openings called ostia that drain through channels adjacent to the turbinates. Air and mucus enter and exit to and from the sinus through these openings.

The turbinates are called the: 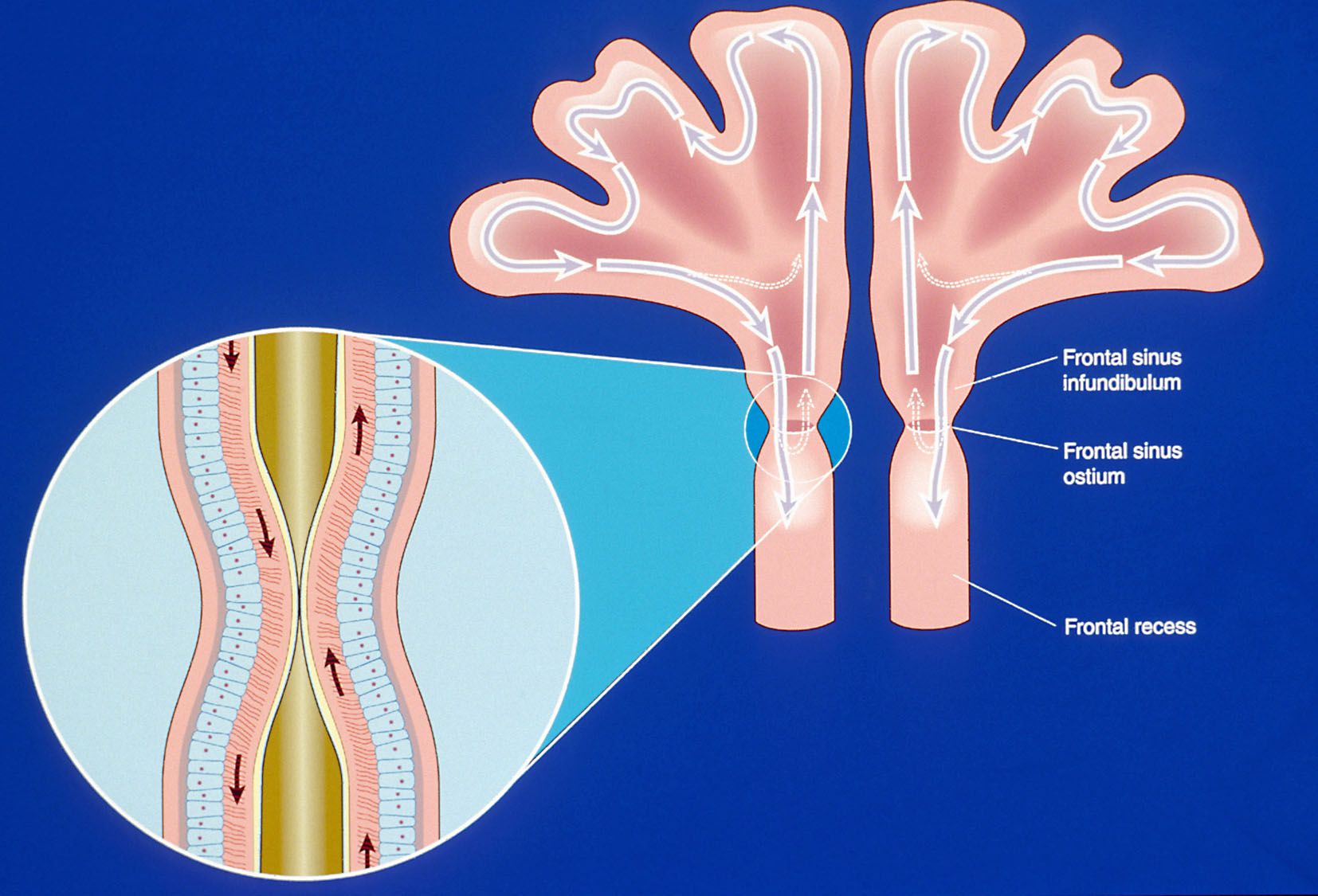 Each of the turbinates and sinuses are also covered by mucosa. The mucosa of the nasal passages and sinuses produces between ½ quart and up to 1 ½ quarts of mucus /day. It is drained from the sinuses by tiny hair-like structures called cilia that beat the mucous out of the sinuses into the nasal passages and down into our throat where is usually imperceptibly swallowed. This “mucociliary blanket” serves to filter our air of tiny particles which can contain infection and other irritants which are then digested by acid in our stomach. The mucus contains defensive proteins that help protect us from invasion by organisms. Additionally the moisture of the “mucus blanket” helps humidify the air that we breathe. This “mucus blanket” becomes noticeable when there is a lot of it (thin and watery) or when it becomes thick and dry. This is typically referred to as post-nasal drip. In addition to the mucus producing role of the mucosa, it is rich with blood vessels and nerve endings that serve many purposes that include our sense of smell and “sneeze reflex”.

The nasal passages with all their elements (Turbinates & Sinuses) function in concert to improve our breathing as compared to breathing through our mouths. This is because they:

In addition to their mucus producing function, the paranasal sinuses appear to serve additional benefit: They are thought to help us by: